It is unfortunate when a gospel-preaching church shuts its doors, but God can still be honored even through a church's closure. 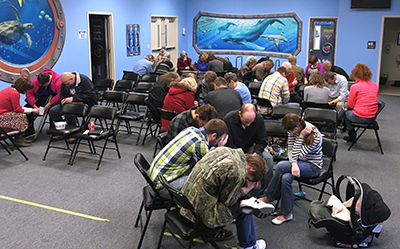 It is unfortunate when a gospel-preaching church shuts its doors, but God can still be honored even through a church’s closure.

Tunkhannock (Pennsylvania) Baptist Church had been an icon in its community since 1841, but in January 2014 the church closed its doors. The decision to close was “partly financial and partly due to the aging nature of the congregation,” church treasurer John Brody said at the time. Plus, the church hadn’t had a pastor since 2012.

Bridgewater Baptist Church adopted a multisite approach to ministry in 2011 to meet the needs of its rapidly growing congregation. “It’s been cheaper and more effective for us to go to other communities, as Jesus commanded, rather than live happily ever after in Jerusalem,” says Bob Kadlecik, pastor of the Montrose campus. Bridgewater Baptist is also familiar with Regular Baptist Builders Club, having received financial assistance to replace its historic facility in Montrose and later to rescue South Vestal (New York) Baptist Church, where one of Bridgewater’s campuses is now located.

On April 6, 2014, Bridgewater Baptist Church voted to accept Tunkhannock Baptist’s offer of its buildings. But the leadership didn’t open a campus right away, opting instead to pray and wait until God made it clear that it was time for the church to launch a new campus. That time came in the summer of 2015. Resources were pooled together, and renovations transformed the basement of the education building into the “USS Bridgewater.” That fall, on Sept. 17, Bridgewater began a Thursday night children’s ministry and adult small groups at the Tunkhannock site. By November, the children’s ministry had grown to 45, and adult small groups numbered about 30 people.

On Nov. 8, Bridgewater called Rich Clark to be pastor of its Tunkhannock campus, which would officially launch in the spring of 2016. Three preview services were held in anticipation of the March 6 launch date. The first was on Christmas Eve, with 185 people packing out the once empty auditorium, and the second and third averaged 154 people. On launch day, 203 people attended the worship service, and two people surrendered their lives to Jesus Christ as Lord and Savior.

“As a church, we are excited to see how God uses this ministry to transform lives and the community,” Clark says. “As the pastor, I am humbled to serve God in this capacity and in a town that we have already fallen in love with.”

Bridgewater Baptist Church has applied for assistance with Regular Baptist Builders Club to continue renovating its Tunkhannock campus. Please join Director Michael Nolan and the board of administrators in praying for this church, as well as others, whose applications will be reviewed on April 20. Regular Baptist Builders Club is always accepting new members to join the team by volunteering, praying, and/or giving financially.

Next post Dying Church's Gift Enables Another to Grow

Care for Ministry Workers and Their Families

The High Price of Coarse Jesting

Let’s use another regrettable event in our world as an opportunity to marvel at what Jesus Christ made possible for us, and move in the ...more

Memoirs of an Extraordinary Pastor

Generate desires to see churches renewed and strengthened. Through the Generate Renewal Grant, churches can work with experienced consultants to help fuel the health of ...more