A church building and many church members' homes have been destroyed by a wildfire sweeping through Paradise, California. 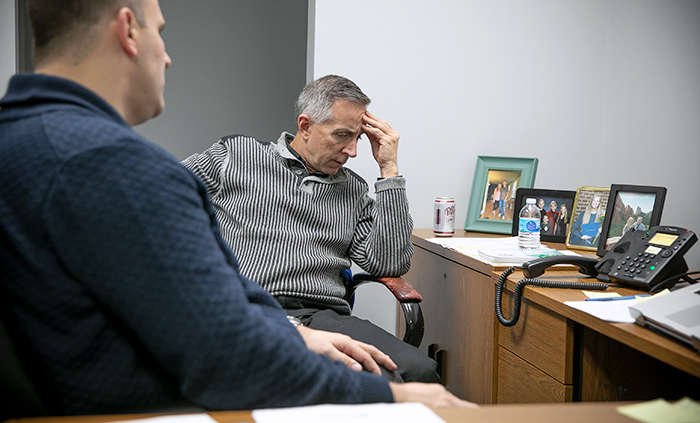 PARADISE, Calif.—One church member is unaccounted for after a recent wildfire destroyed the facility of Calvary Baptist Church. The fire rapidly swept through the town, burning all of the church members’ homes and leaving 30 to 40 members homeless.

GARBC National Representative Mike Hess and Regular Baptist Builders Club Director Clare Jewell spoke by phone with Pastor Gerry Zordel and his wife, Kristy. The Zordels are living in a hotel in Pacifica, California, paying $150 per night. “We are not going to do this forever,” Gerry says. The Zordels will be moving to a home briefly and then into a recreational vehicle until the month’s end. Meanwhile, one man from their church is still in a shelter. “Our people have been paying hotels bills for a week now. It is just overwhelming to them.” 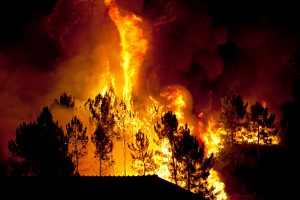 Calvary Baptist member Rich Saum narrowly escaped the fire. His neighbors were the first five people in town who were found dead. “He thought he was one of the last ones to get out,” Pastor Zordel said. “When he looked in his rearview mirror, there was a wall of flames following him. He’s very fortunate to be alive. As far as we know, there are 46 people dead. None of our church members are dead. We don’t know where one lady is. We reported her missing. Everyone else is accounted for and is safe.”

Pastor Zordel said the fire is still active and is only 35 percent contained. He reported that fellow GARBC church Forest Ranch Baptist Church in Forest Ranch, California, evacuated as well.

The needs of the church family and community are great. In addition to housing needs, Pastor Zordel says his congregation has spiritual needs. “How do you live at a time when you are spending your finances on a hotel and meals and you don’t have a job?” he said. “There has got to be a sense of spiritual stamina and strength that they need right now.” To help with immediate needs, Regular Baptist Builders Club is transferring $2,000 in Disaster Relief funds to the church. In addition, Regular Baptist Builders Club asks churches and individuals to give financially (select “Disaster Relief-California”) to support their brothers and sisters in need.

The church plans to meet at a church member’s home in Chico, California, for Sunday worship and encouragement. “It’s to provide an opportunity for members to begin sharing what happened to them and dealing with their own personal grief,” says Pastor Zordel. He plans to tell members, “Here is the Word of God, and here is what it says about our situation. Let’s rejoice in what the Lord is doing.” Pastor Zordel requests that churches in the GARBC remember them in prayer as they seek to rebuild. “This is going to be a very slow and arduous process,” he says. Church leadership is meeting to discuss next steps for their congregation of mostly senior citizens.

As the holiday season approaches and you reflect on your blessings, be praying for those in Paradise and neighboring communities who have lost so much. Make a donation today. Select “Disaster Relief-California” to help this sister church during its great time of need.

Moving Forward as a Fellowship

Listen as interim GARBC National Representative David Strope describes how we are moving forward as a ...more

Pastors and deacons from Indiana's Crossroads Fellowship churches attended a leadership summit focused on the ministry of ...more

You Cannot Help but Worship

You may be either an atheist, an agnostic, a Muslim, a Jew, a Christian, a Wiccan, a Buddhist, a Hindu, or simply an individual who ...more