What does the 21st Century Cures Act mean for the staff of your church? 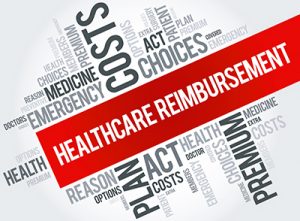 21st Century Cures Act and What It Means to Some

Many churches have wrestled with the Affordable Care Act (ACA). In 2015 and 2016 it was clear that churches with two or more full-time equivalent employees[1] would have to operate under rule changes. One such rule was the elimination of the “reimbursable health care expenses” model[2] that many churches operated under. There were a couple of exceptions—most notably, churches with less than two full-time equivalent employees.

Many churches realized that the amount they had previously offered to staff members as “non-taxable” would now have to be added to the staff members’ compensation and be taxed. A church could explore other options, but simply adding the amount to an employee’s compensation was a more common approach.

In December 2016, Congress enacted the 21st Century Cures Act. If you are interested in reading the entire document, you can go to congress.gov and enjoy the 400-plus pages. The act addresses many matters, but perhaps the most important to churches is the hold on the $100-a-day penalty for noncompliance. This hold is retroactive, meaning that if a church has been noncompliant with the prior ACA law, no penalty will be assessed.

ACA Law Prior to the 21st Century Cures Act

Prior to the 21st Century Cures Act only a few small exceptions allowed a church to continue with the reimbursement model. If a church did not meet the few exceptions, its options were limited. Some churches stayed with the reimbursement model, at least for a short while, until they could make the necessary changes. This opened those churches to the $100-a-day penalty for noncompliance.

Many churches did not establish a health insurance plan for their employees, but reimbursed employees for premiums paid for health insurance. Some even reimbursed pastors getting health insurance through the market exchange created by the ACA, but under IRS Notice 2013-54, such arrangements are described as employer payment plans and considered to be group health plans subject to the market reforms. IRS Notice 2013-54 clarifies that such arrangements cannot be integrated with individual policies to satisfy the market reforms. Consequently, such an arrangement fails to satisfy the market reforms, which means that even this arrangement previously would have been subject to the $100-a-day penalty. At one time the IRS provided an extension before the penalty would take effect, but that expired at the end of June 2015.

Why institute this act and make a change from the ACA?

Employers of small companies are not required to provide health insurance coverage to their employees, and many could not afford to do so. Yet many of those same employers previously offered something for their employees, such as a reimbursable plan. When the ACA took effect, it penalized employers of small companies for implementing such a plan to help their employees in some small way. The act states that an employer’s provision of a reimbursement arrangement is not a group health plan and, therefore, is not subject to the group health plan requirements under the ACA. This, in turn, means no $100-a-day penalty (technically an excise tax).

A few things churches should keep in mind to stay in compliance:

With the anticipation of a “repeal” or “replace” of the Affordable Care Act, more changes and updates are sure to come in 2017. If you have questions regarding the 21st Century Cure Act or the ACA, please contact your church’s accounting professional.

[2] In the rest of this document, the plan for reimbursable health care expenses is referred to as the reimbursement model.

Moving Forward as a Fellowship

Listen as interim GARBC National Representative David Strope describes how we are moving forward as a ...more

Pastors and deacons from Indiana's Crossroads Fellowship churches attended a leadership summit focused on the ministry of ...more

You Cannot Help but Worship

You may be either an atheist, an agnostic, a Muslim, a Jew, a Christian, a Wiccan, a Buddhist, a Hindu, or simply an individual who ...more